Housing in Os (NO)

The success of the project as a vitalising piece within its context lies on the symbiosis between users: visitors, locals and residents. The building is organised in different layers, with a programmed plinth at the base hosting commercial program and waterfront functions. Rather than isolating the housing program from the activity at grade level, the plinth is shaped as a landscaped element, changing its slope and orientation to create different grades of interaction between programs.

Each use has its own circulation route within the scheme, sometimes totally isolated from other functions, sometimes merged with them, depending on the need. The stepped landscape is also a mechanism to protect this public space from the strong winds blowing from the sea, creating pockets along the promenade, providing shelter from the predominant winds while maintaining the views to the sea.

The volumes above the plinth are positioned towards the sea, enhancing its presence and views to the fiords, while retaining connections with the city. The proposed volumes are designed within a reasonable height to respect the views from the existing buildings. The main connection point with the existing city centre is reinforced with the creation of a plaza and maritime promenade, which is widened to embrace the main flow coming from the city centre and maintain the visual connection between city and sea. 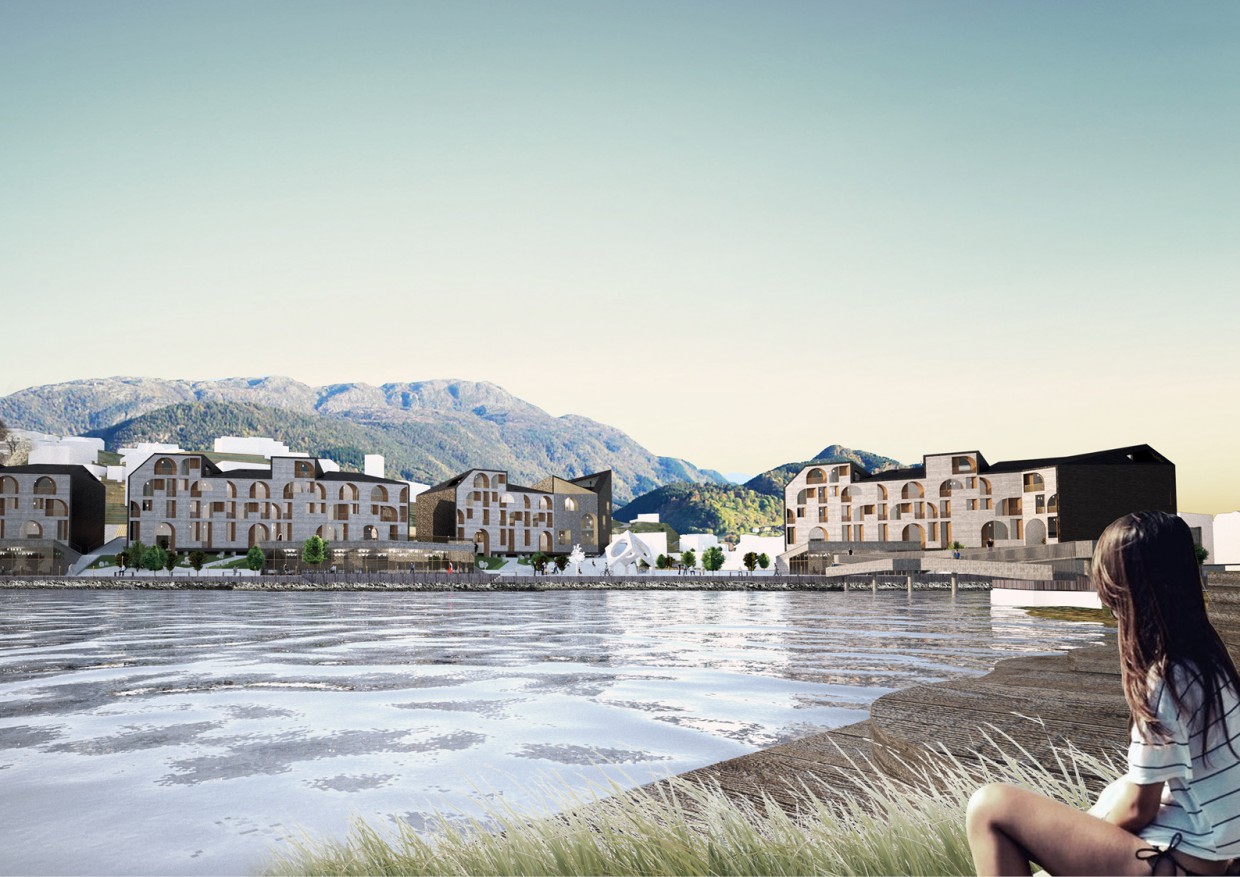 View across the river 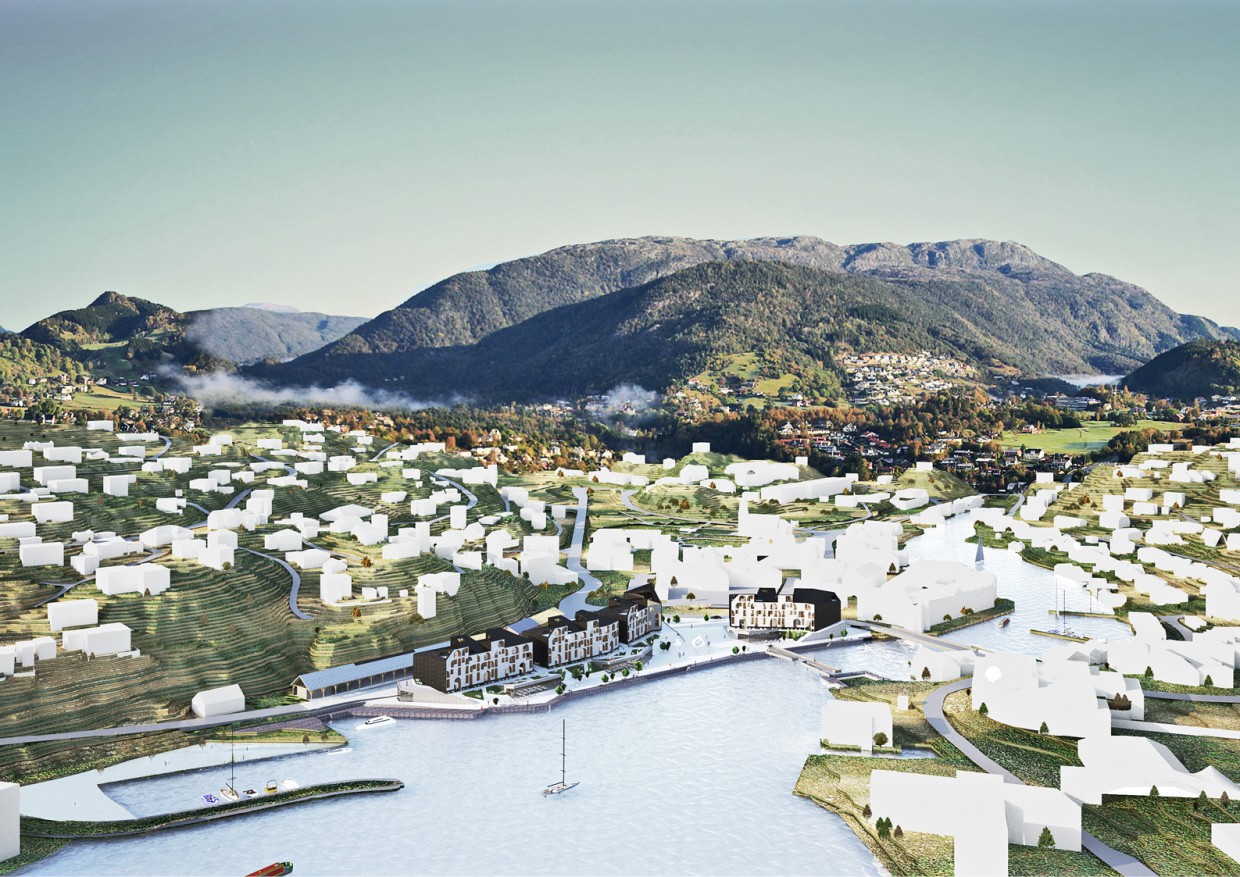 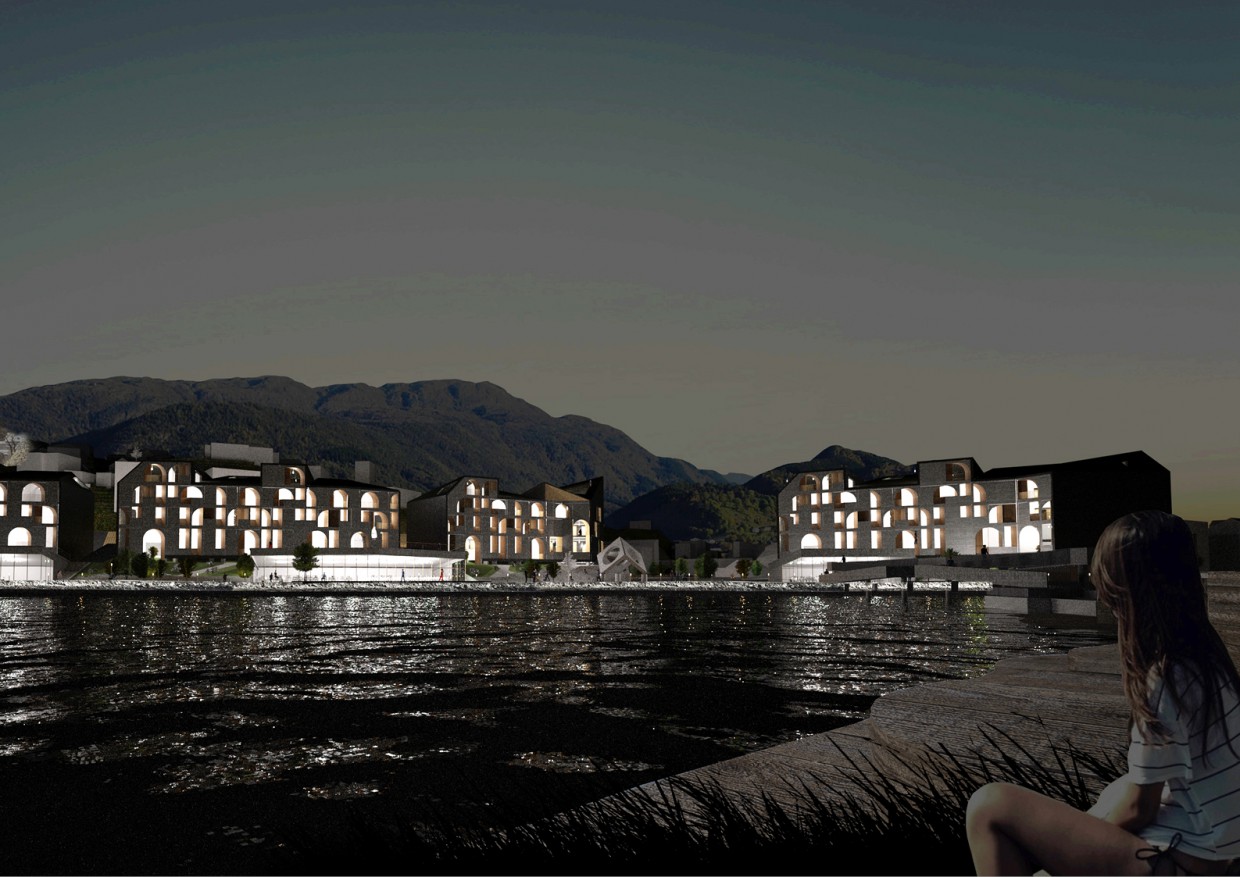 Night view across the river 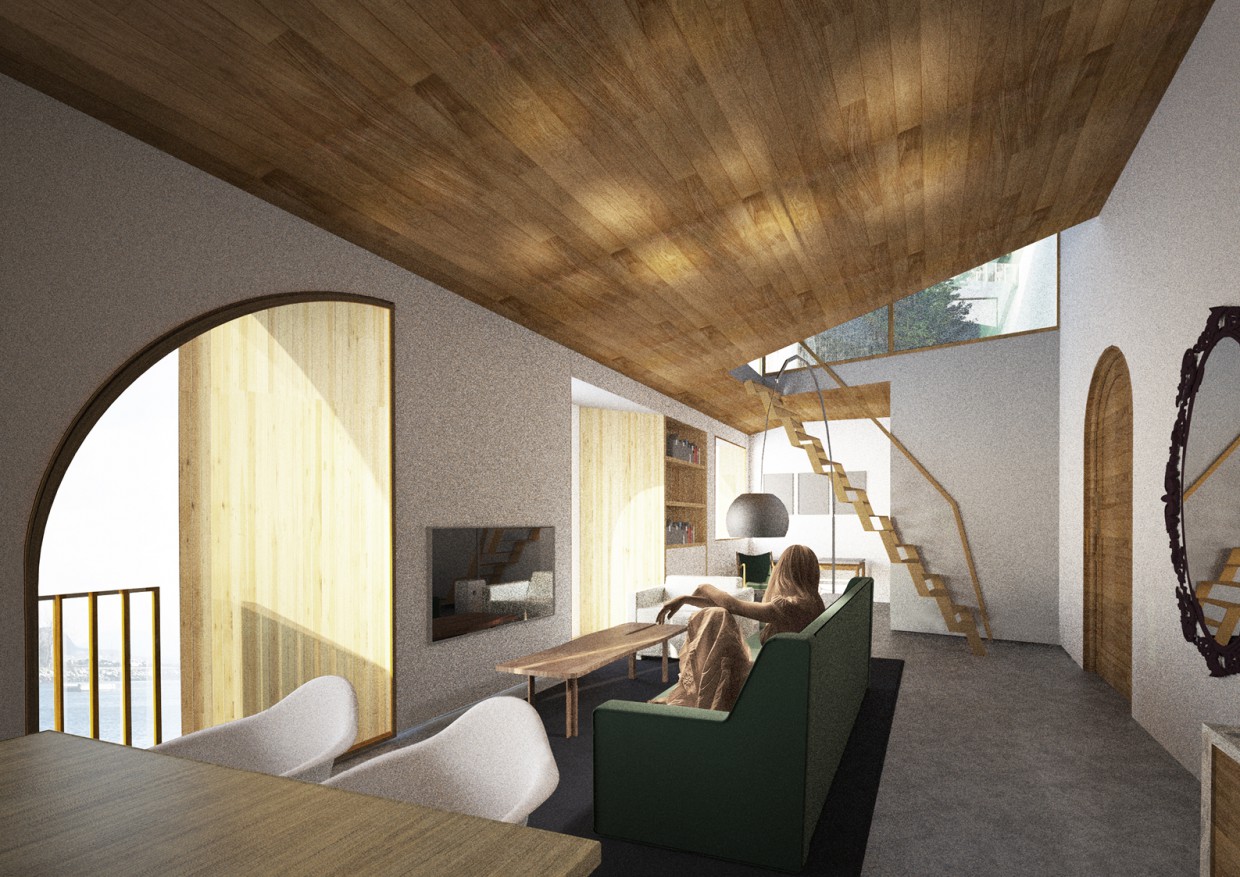 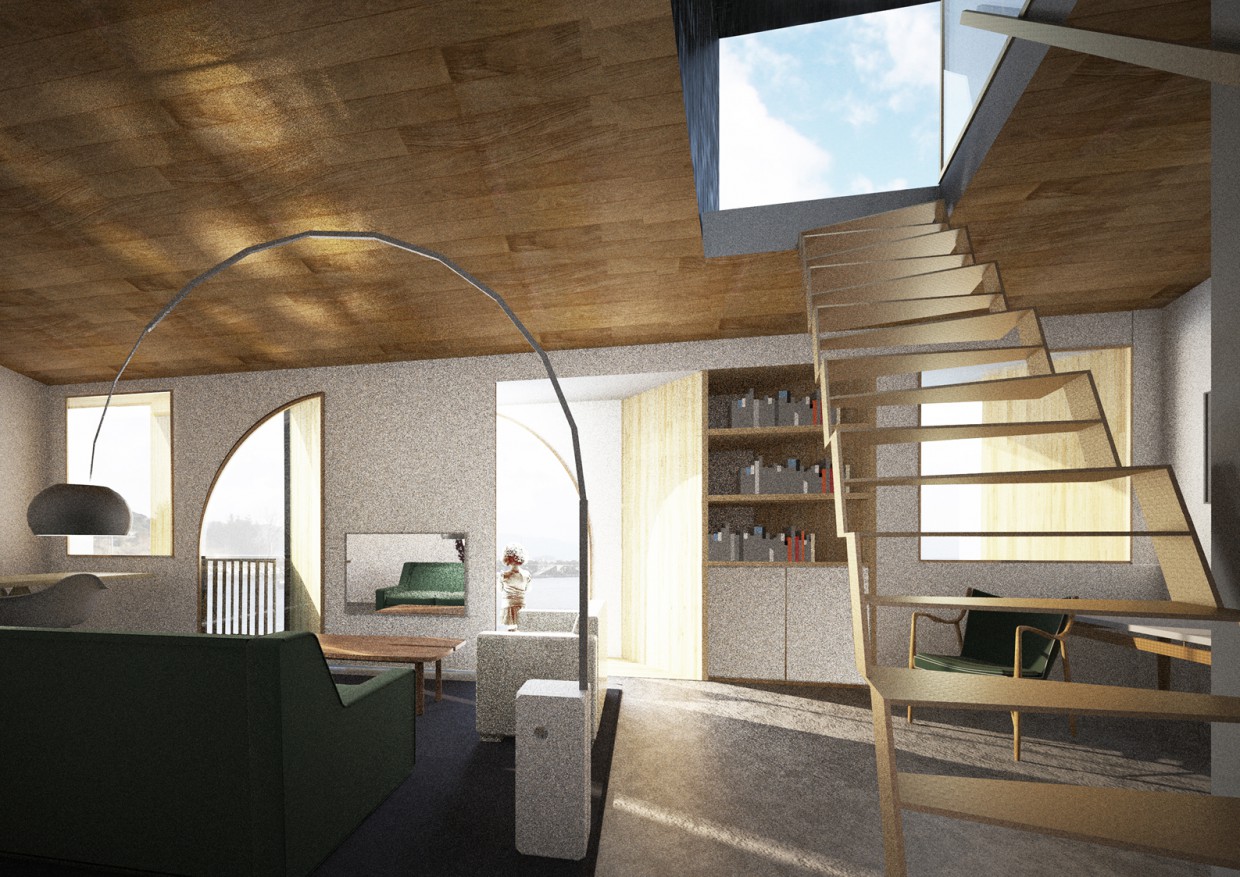 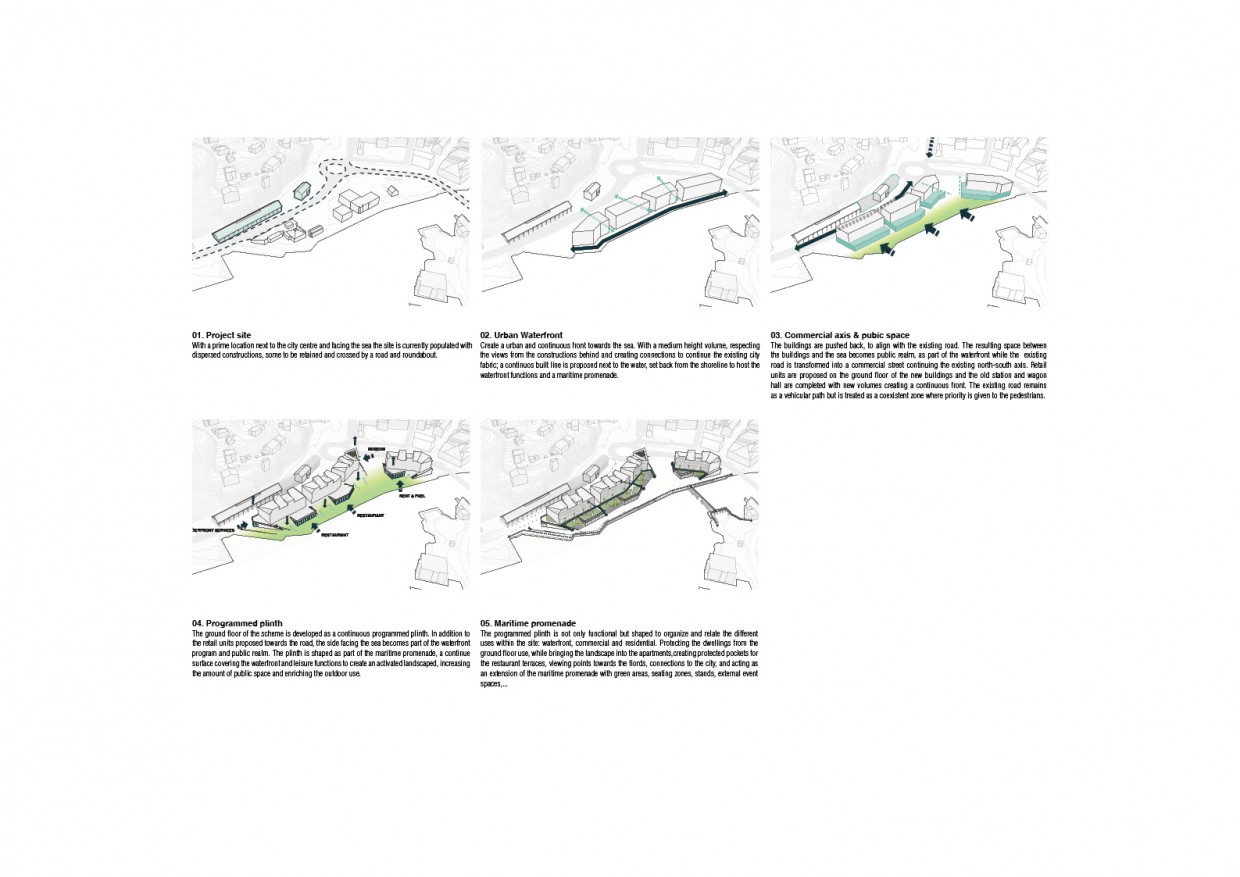 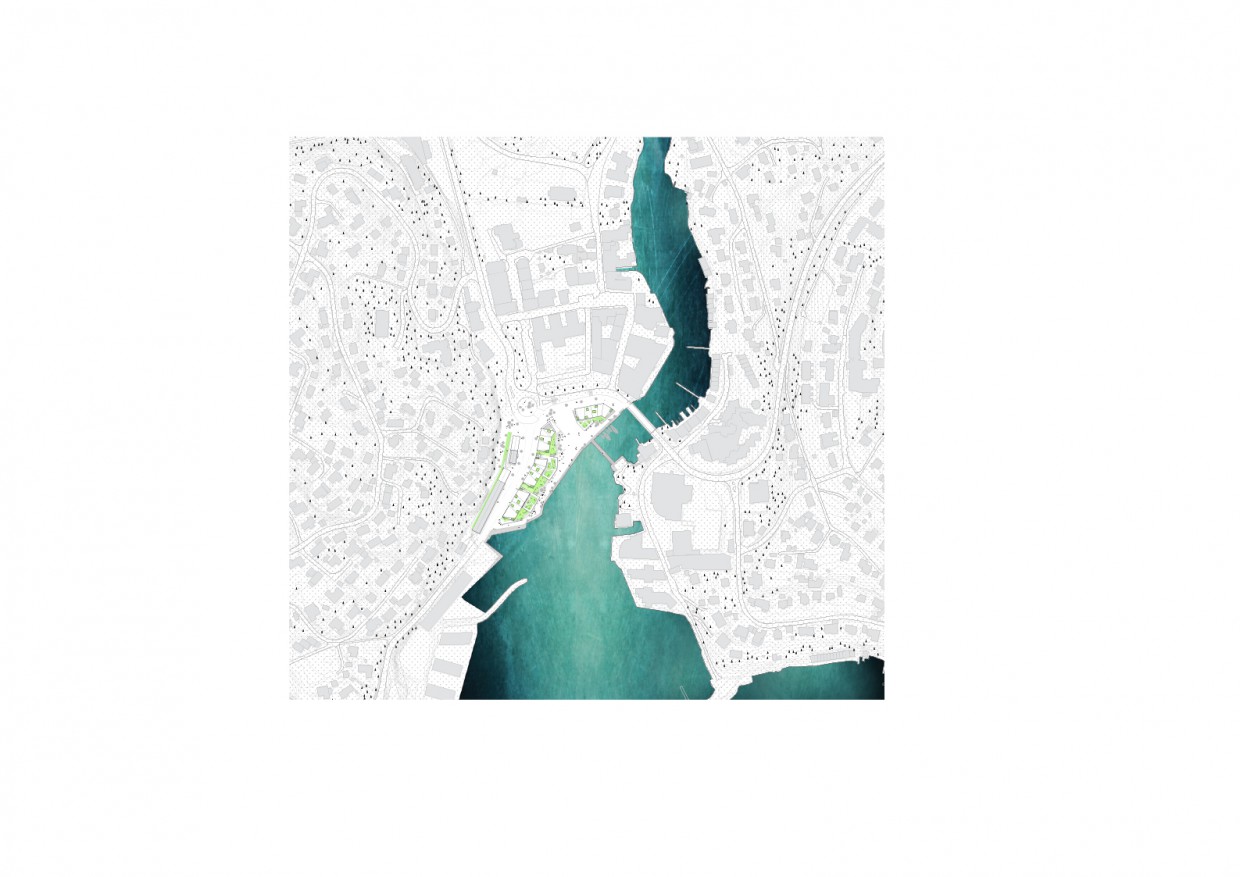 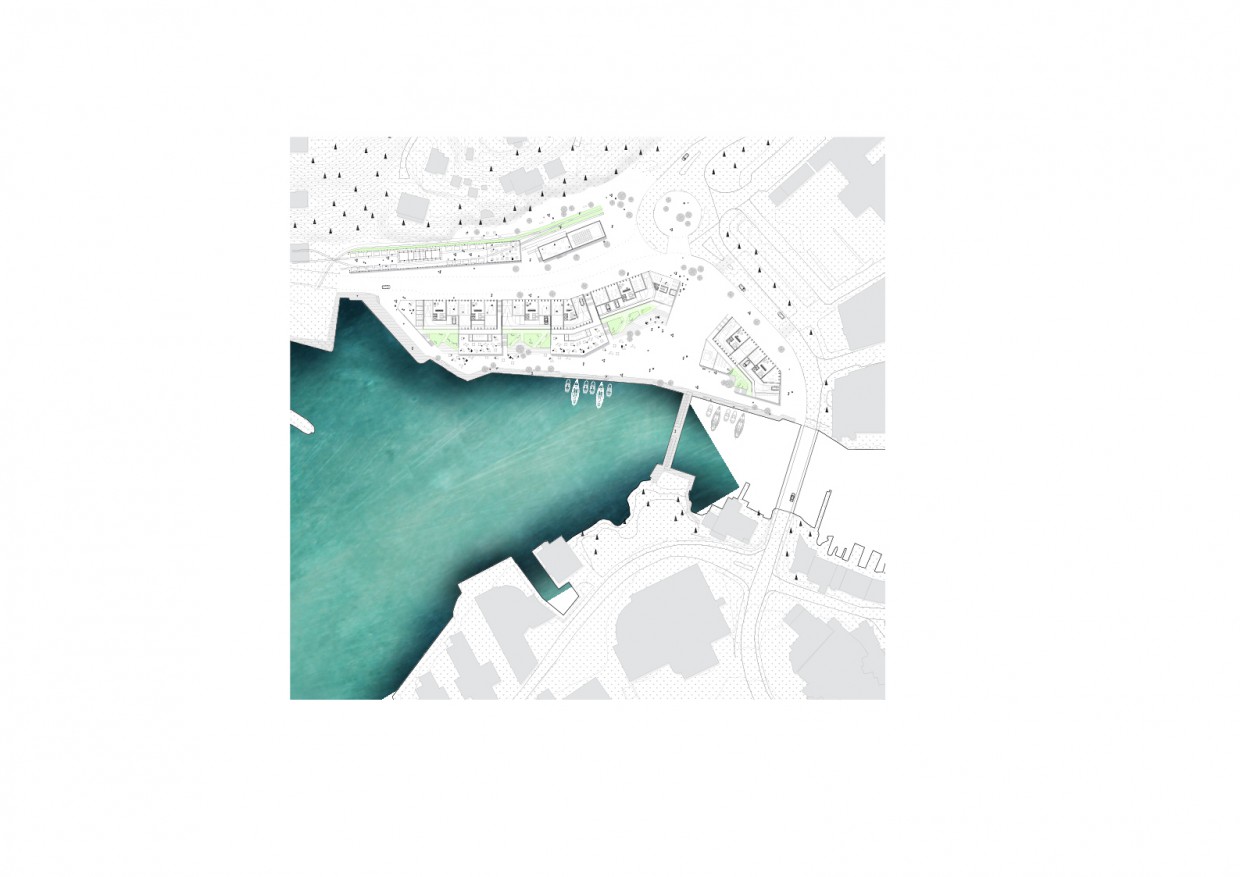 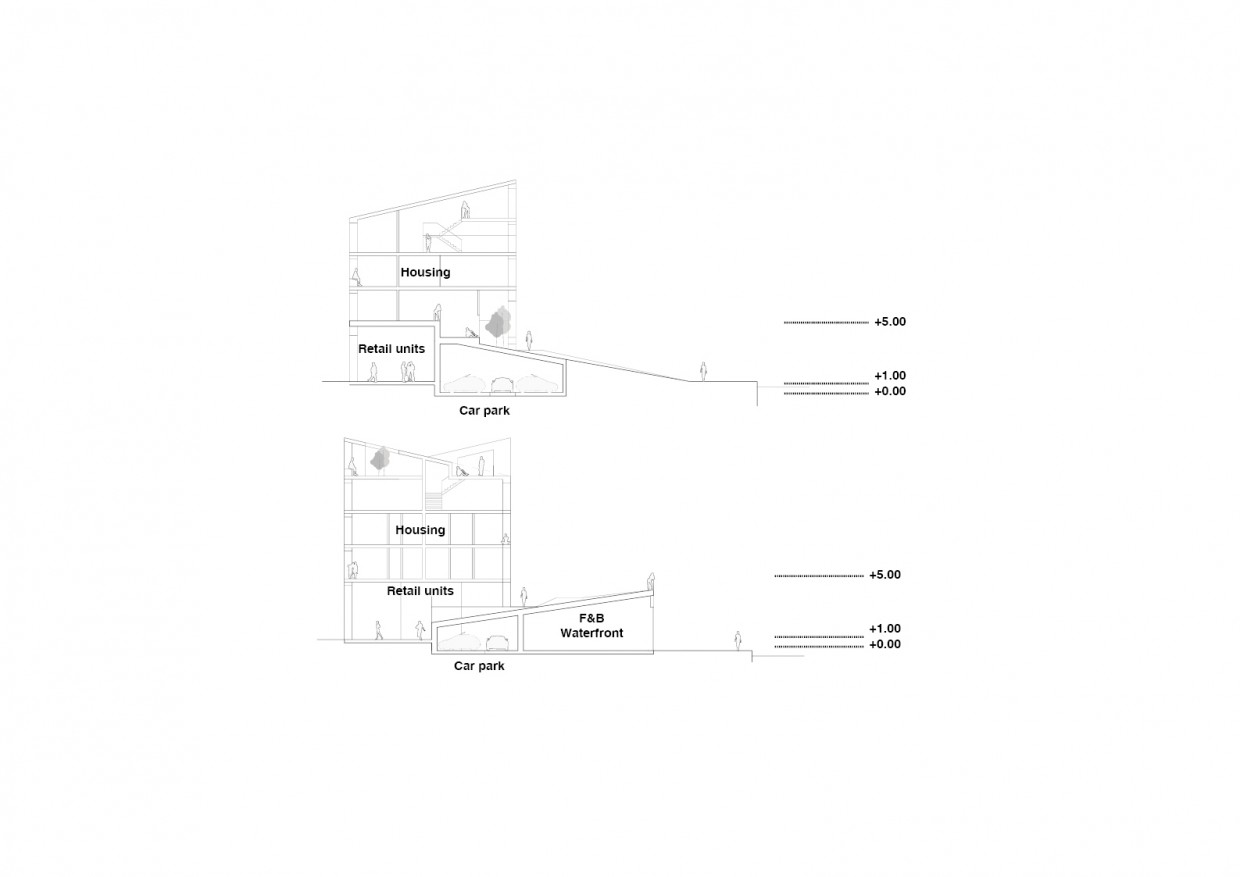 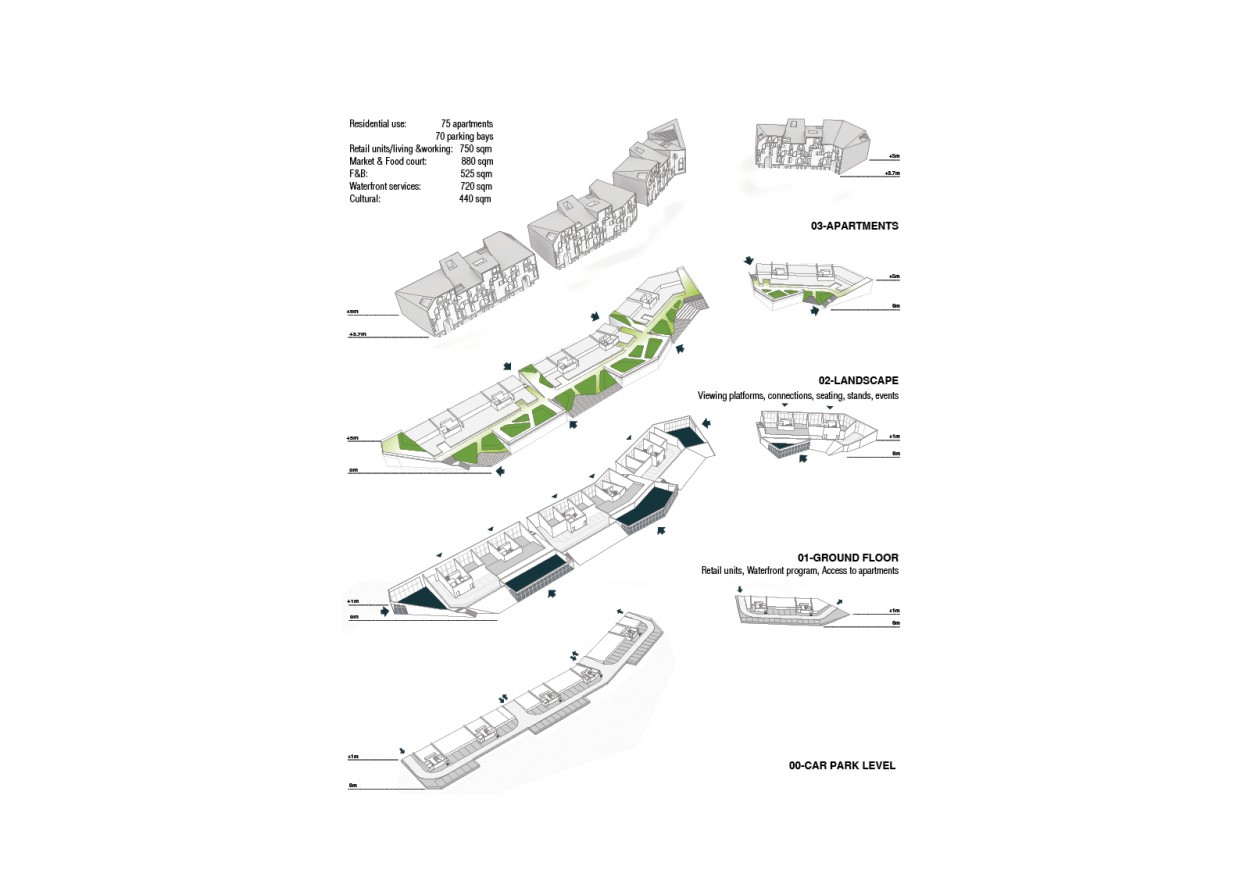 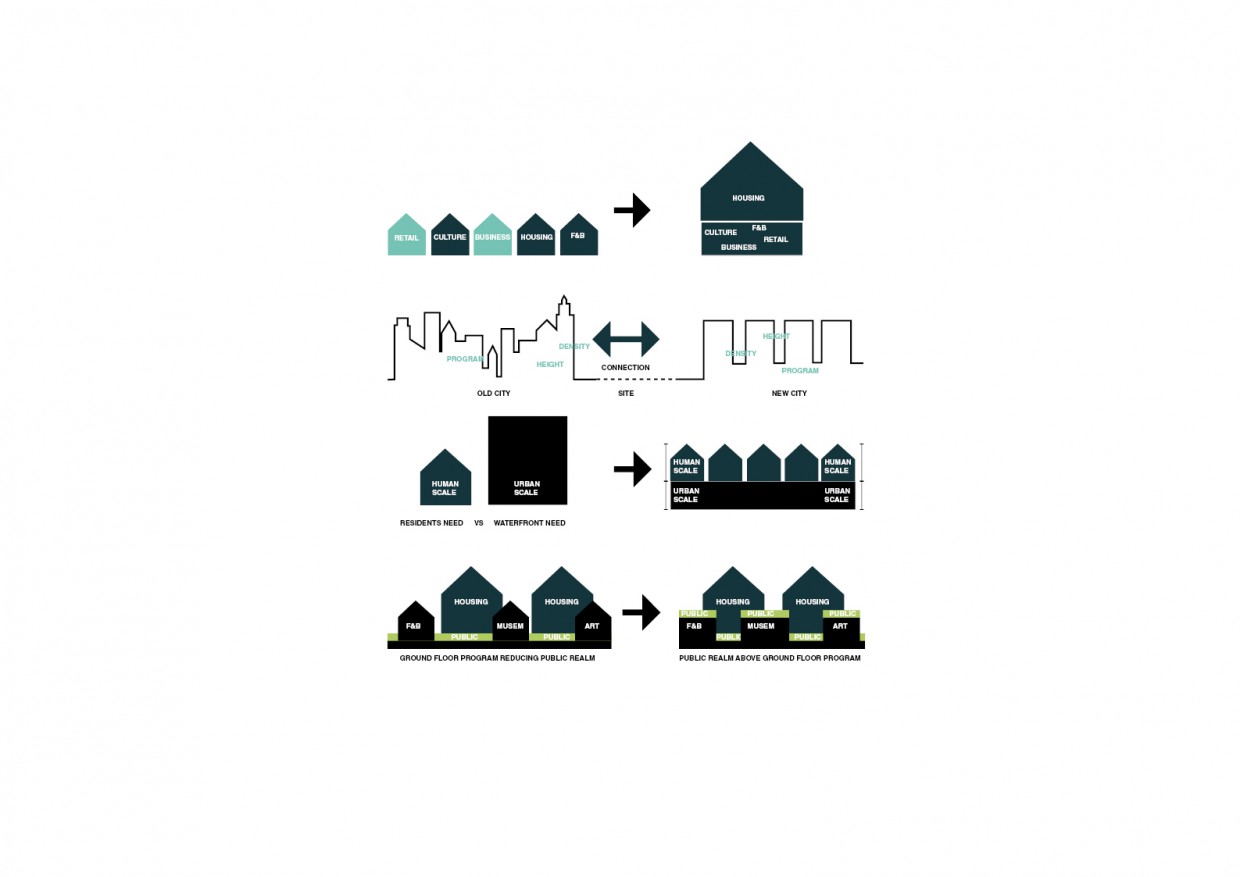 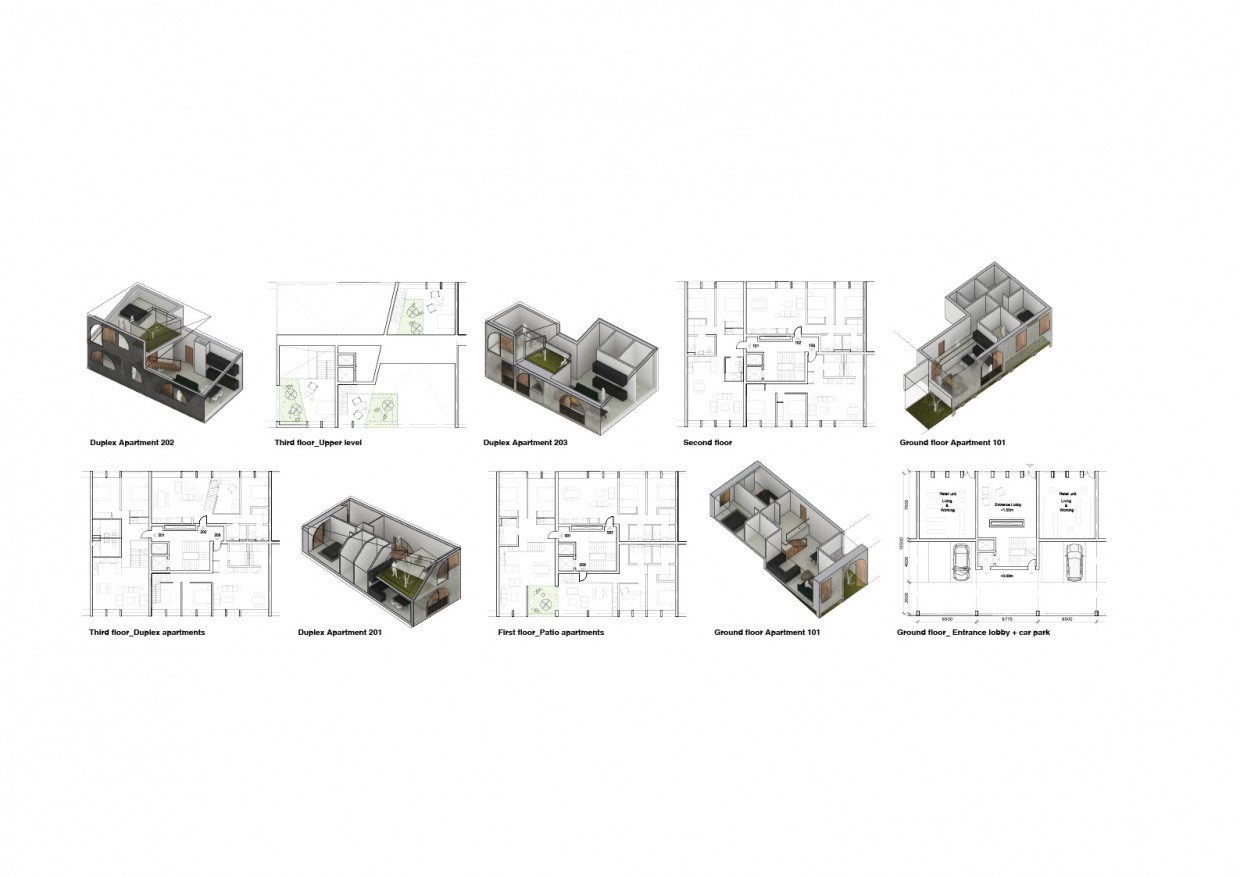 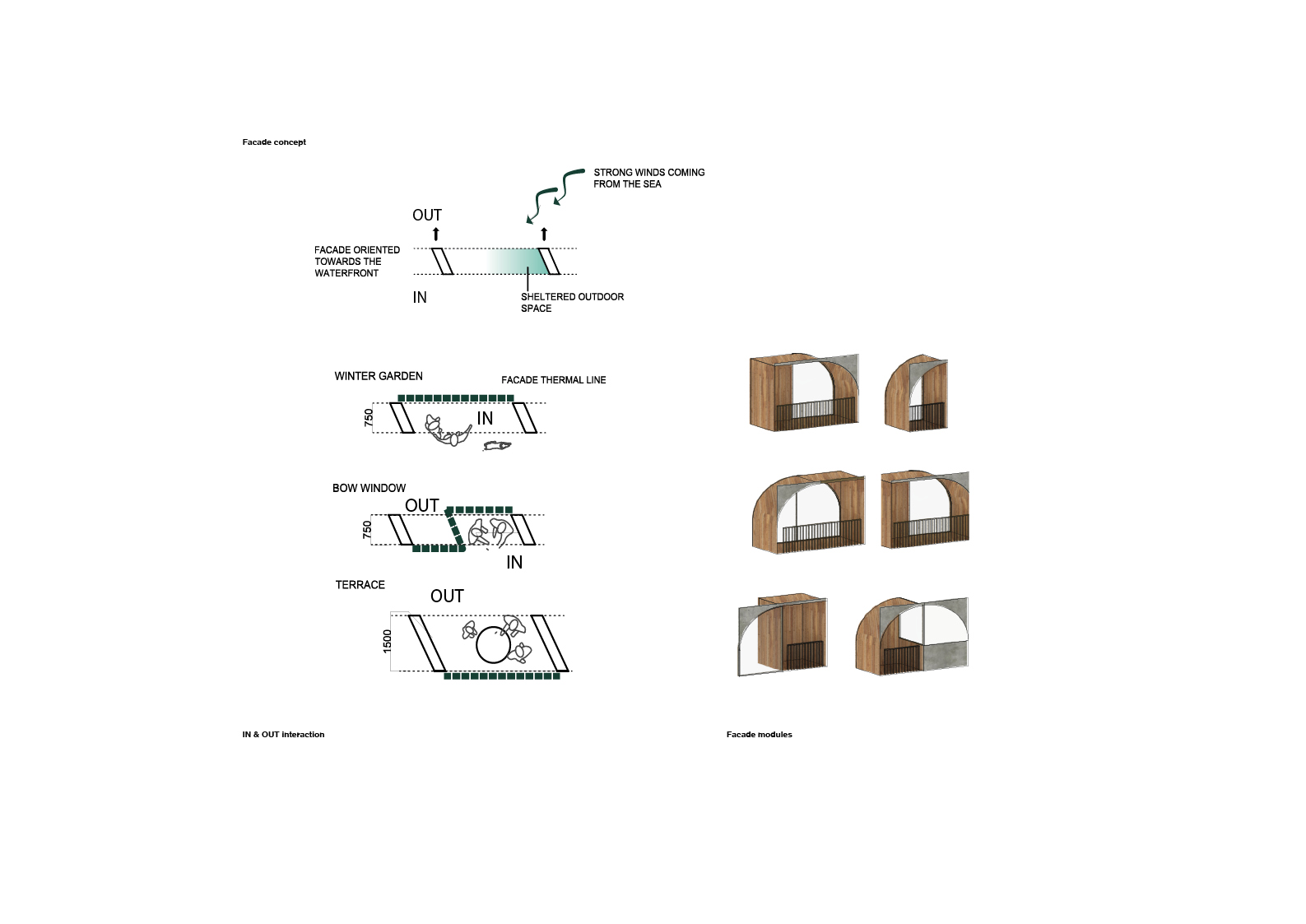 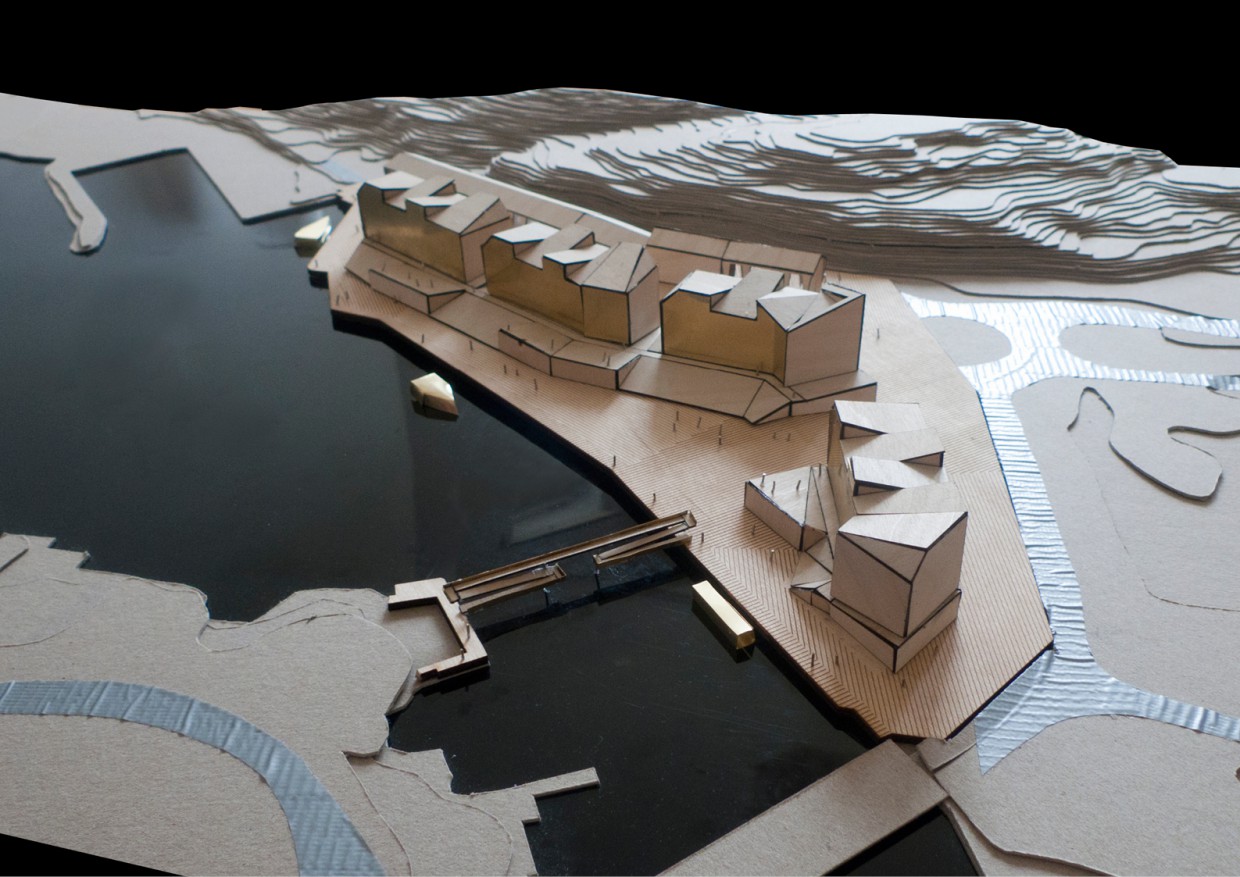 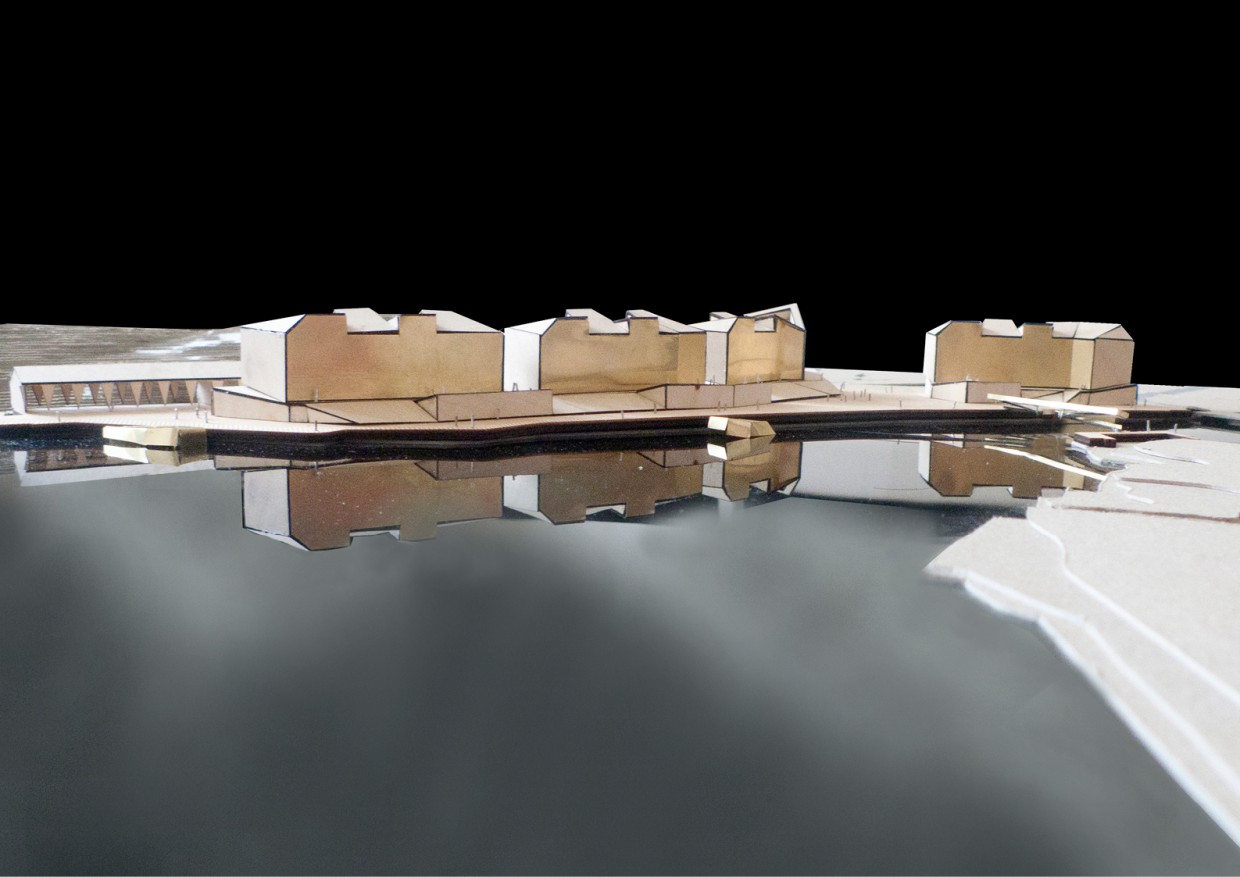